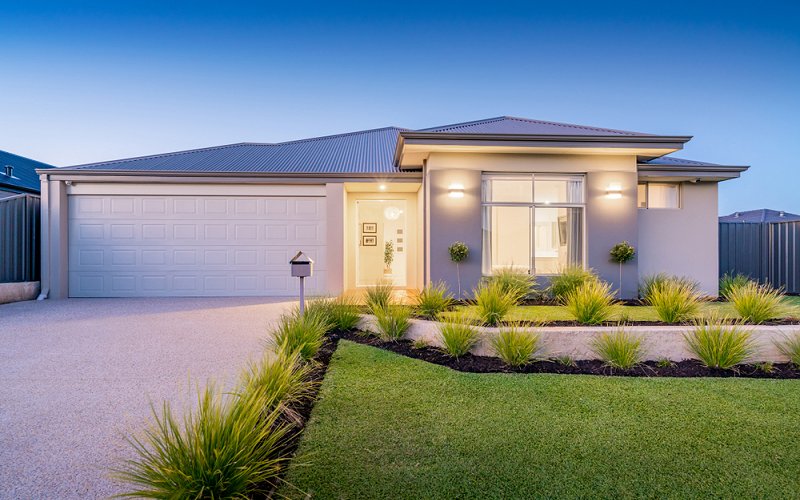 “My girlfriend and I are looking at various house and land package loans. What sort of advice could you give us to make sure we make the right decision and also to ensure we’re eligible and get approved quickly?“

We do a lot of house and land package loans for our clients here at Mortgage World Australia, so this is a great question and one we can certainly shed some light on.

There are two ways you can purchase a house and land package.

You can buy it with two contracts, a land contract and a construction contract. So, you’re basically buying vacant land and then hiring a builder to build you a home.

Alternatively, you can buy whats referred to as a “turnkey package”, or a “turnkey home”. This is where the builder takes ownership of everything. From construction of the house itself, right through to landscaping, fences, and even the letter box.

House and land package type loans are quite popular due to the increase of housing, especially in areas such as Kellyville, Rouse Hill within Sydney’s North West. Then of course Oran Park, Harrington Park, Gregory Hills and Harrington Grove again in the South West of Sydney, where there’s many new subdivisions popping up all around that area.

The situation is also quite similar on the north side of Brisbane where there’s quite a few new Delphin estates such as North Lakes and Mango Hill. Other areas might include Springfield Lakes, Augustine Heights, and Brookwater.

There’s a lot of growth in those areas as well.

If you’re wanting to purchase the land first, and build later, there are lenders that will lend up to 95% of the purchase price, or the valuation of the land itself.

Likewise, if you’re wanting finance for a completed home (house and land combined) there are lenders that will lend up to 95% of the properties value. It is possible to borrow 100% if you’ve got a guarantor.

It should be noted that for those wanting to purchase the land first, and begin construction of the house later, you can borrow against what is referred to as the “to be erected” valuation. In other words the “on completion” valuation of the property. This can be beneficial, because if you purchase the land, and start building 12 months later, the value of the land may have increased in that time, which can reduce the amount of deposit required to commence building the house. This will be determined by the valuer when assessing the estimated value of the house in its completed state.

It’s quite common for most new housing estates to set construction time frames to ensure that you build within a certain period of time once you take ownership of the land. There are usually also covenants, which set restrictions about build times, styles and other features the property must include.

Eligibility for a house and land package loan

House and land package loans are typically assessed in the same way as a standard home loan.

Lenders will look at your savings, and your income to ensure that you have sufficient income to service the loan. There are however some differences that borrowers need to be mindful of.

If you’re purchasing a home from a builder, that is, the builder owns the property during construction, you’ll typically pay a 10% deposit upon signing the contract. Then no further money is paid until the house is complete and settlement occurs, at which time you pay the remaining 90%.

If you’re purchasing vacant land and constructing a home, then the process is different.

For example, you might pay the builder a 5% deposit prior to the commencement of construction, then as each stage is completed, you’ll receive an invoice from the builder and the bank will pay the builder directly. Of course the loan amount increases as each invoice is paid, as do the required repayments.

Clearing of the site

Work required here really depends on the nature of the land itself, but typically it involves, soil testing, clearing of the land, and levelling.

This is where the foundations of the property are laid, most likely either footings or the concrete slab. It can also include measuring and marking, drainage, plumbing and termite protection.

Lockup stage refers to the point in time where you’re able to effectively lock up the property. All windows, doors and walls (brickwork) are either installed or completed. Lockup stage is a significant milestone during the construction process.

This stage involves installing all plumbing, electrical, fixtures and fittings. Final styling such as cornices, cabinets, wardrobes, tiles and architraves may also be installed.

This is effectively when the house becomes liveable and you’re ready to move in. All painting, details and final installations have been completed.

Applying for a house and land package loan

The application process is basically the same, but there are a few extra things required.

If you’re applying for a house and land package loan and having the home built, then you need to be mindful of building and settlement timeframes. If settlement takes 12 months, or construction takes 6-12 months and there’s a shift in the property market, that can have a direct impact on the value of your property. Banks will generally only value the property at the very end, near completion, so if the market trends downward, there’s some risk involved.

If the loan was granted under conditional approval, and that approval expires during the time in which the house is under construction, you may have to reapply. Again, there’s some risk involved, especially if there’s a downward shift in market values.

So, that’s definitely one thing to be wary of if you’re buying a house that won’t be paid for until its completed.

On the other hand, if you’re making progress payments to the builder, then that can be valued up front once the land is accessible and you’ve obtained a fixed price building contract from the builder. In this case you’ll need to provide the building contract and construction plans to the lender, so the valuer can assess the value of the house in its completed state. In that respect there’s much less risk involved because the value is known upfront and the valuation is performed before you commit to the purchase.

First home buyers have the option of buying either way, land first, then building, or buying a house and land turnkey package.

For many younger first home buyers, who might still be living at home, they’ll often buy land first, and won’t build for a year or two. This might be due for any number of reasons, but generally it’s to save more money for the deposit so they can begin construction.

General advice and guidance before jumping in

If you’re involved in a construction loan, that is making progress payments as mentioned earlier, you need to be mindful of how much the builder is requesting at each stage. Usually there’ll be a payment schedule in the building contract that outlines this, but be sure to check.

Some lenders have guidelines about what percentage of the total construction cost can be claimed at each stage. Some builders use what banks refer to as a “front loaded progress payment schedule”. This is where they claim a disproportionate amount of money up front at the slab and deposit stage. In the eyes of some lenders the builders try to claim more funds than the completed work is worth.

There are however, some exceptions to that. Some lenders will accept progress payments outside those guidelines to certain builders, but it’s definitely worth being aware of.

Stamp duty varies between states so you’ll need to do your due diligence.

Previous Post How To Get Approved For A Casual Employment Home Loan Next Post What is Rentvesting?